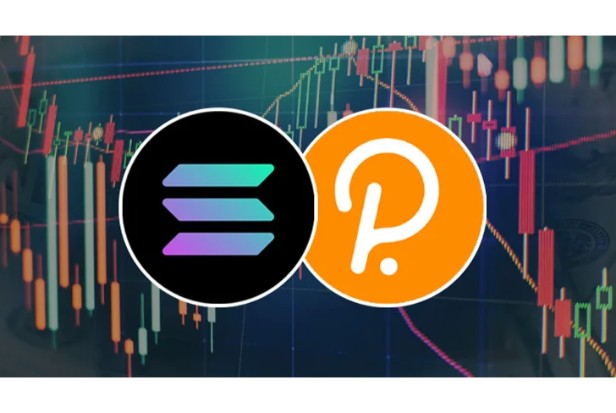 A great way to broaden your market knowledge is to become familiar with the differences between Polkadot (DOT) and Solana (SOL). Over earlier generation blockchains, both of these projects offer a number of advantages. They do, however, play a variety of roles, some of which overlap. Solana (SOL) vs. Polkadot (DOT): All the information you need to know.

Top-notch scalability and developer flexibility were priorities when Solana was designed. The protocol combines an open infrastructure with affordable gas costs to enable developers to create Dapps that are more engaging and practical. Compared to Ethereum, the network is much faster and more affordable, with an average transaction cost of about $0.00025.

The idea for Solana originated with Anatoly Yakovenko. The network first entered the market in 2017, the year that cryptocurrencies experienced a breakthrough. Because of the network’s high transaction throughput and skilled developers like Greg Fitzgerald and Eric Williams, it attracted immediate attention. Previously, these two worked for Qualcomm and Dropbox.

Solana experienced a series of outages in January, some of which lasted for more than eight hours. Bots scrambling to seize arbitrage opportunities to profit from leveraged positions caused these outages. These outages temporarily reduced the value of the network’s token and led some traders to doubt the project’s viability. Despite the losses, Solana is still a well-liked choice for both traders and developers.

Polkadot is an additional programmable blockchain ecosystem for smart contracts. Because it incorporates a multi-chain application environment, the protocol differs from Solana in this regard. to offer compatibility with other blockchain networks. With Polkadot, developers can securely and fluidly send data between networks, promoting blockchain adoption and interoperability.

In 2016, the idea of Polkadot (DOT) first became popular. Gavin Wood, an Ethereum co-developer, then published the whitepaper for the network at that time. One of the most important figures in the cryptocurrency industry, Wood is credited with creating the Ethereum-compatible Solidity programming language for smart contracts.

When Polkadot raised $145 million during its record-breaking ICO, it raised eyebrows all over the market. The success was transient, though, as $150 million worth of cryptocurrency was stolen from the Parity wallet, where the ICO funds were kept. Even though these obstacles initially made the project more difficult, Polkadot is now a top-performing network.

What Problems Does Solana Solve?

More scalability and flexibility than Ethereum was intended to be offered to developers by Solana. Because of its technical design, the network completely eliminates scaling issues. To match network bandwidth, the protocol can scale proportionally. According to a bench test, Solana can process 29,171 tps.

Network fragmentation was a key issue for Solana developers. A greater degree of network centralization results from the majority of inter-chain protocols’ reliance on second layer protocols. A safer and more effective alternative is maintained by Solana, who upholds a single global state.

Earlier blockchains looked to sharding as a means of supplying more storage space. Data retrieval is however delayed due to the technical design of sharded networks. Solana incorporates exclusive systems to offer a more streamlined option that can satisfy the demands of a global market.

What Problems Does Polkadot Solve?

To allow free communication between private and public blockchains, Polkadot was created. This integration is a crucial step in the project’s developers’ plan to accelerate blockchain adoption. Additionally, Polkadot offers creators a host of advantages, including the ability to incorporate the best features from various blockchain networks into their Dapps.

The development of Dapps is made easier by Polkadot’s streamlined programming process. It offers scalability on par with top-performing blockchains. The network’s multi-chain structure also makes it easier to create new networks, tokens, and other things.

How Does Solana Work?

In order to achieve its goal of becoming the fastest blockchain on the market, Solana combines a number of protocols. To divide and transmit data among the network’s nodes, the network uses a protocol called turbine. A feature called Gulf Stream receives this data after that.

In order to speed up transactions, Golf Stream eliminates the need for a mempool, which is what Bitcoin does. Gulf Stream protocol has a 50,000 tps capacity. One of the most unique aspects of this approach is that the system forwards the packets to nodes before the last batch completes confirmation.

The Cloudbreak protocol operates as the networks accounts database. The system improves on earlier blockchain in multiple ways. For example, Cloudbreak can read and write data simultaneously which improves transactions speeds and enables Dapps to operate more responsively.

SOL is the native utility token for the Solana network. This token can be used as a cryptocurrency to make payments in a permissionless manner. It’s also how developers and users pay network fees and execute smart contracts. There is a total supply of 510 million SOL slated for issuance over the life of the project. You may stake SOL to secure passive rewards with minimal risk exposure.

How Does Polkadot Work?

The network integrates sovereign blockchains developers can create called Parachains. These sub-networks can leverage Polkadot for security or integrate unique technical structures. A Polkadot parachain can have its own governance, consensus, and tokens.

DOT is the native utility token for Polkadot. This token enables users to participate in the protocols community governance system. They can also stake DOT to earn rewards. You need to hold DOT to launch parachains or parathreads.

How to Buy Solana (SOL) and Polkadot (DOT)

Currently, Solana (SOL) and Polkadot (DOT) can each be purchased on the following exchanges.

The Kraken exchange offers trading access to over 190 countries including Australia, Canada, Europe, and is our most recommend exchange for USA residents. (Excluding New York & Washington state)

Uphold – This is one of the top exchanges for United States & UK residents that offers a wide range of cryptocurrencies. Germany & Netherlands are prohibited.

If you are interested in knowing how Solana different from other cryptocurrencies, welcome to check the folloing guides!

How Are Solana and Polkadot Similar?

Solana and Polkadot are both blockchain projects that have generated significant visibility and become trending topics across social media.

Assets Do Not Pay Dividends

In spite of these impressive gains, it is important to keep in mind that purchasing SOL or DOT is not like buying a stock. More specifically, SOL and DOT don’t grant access to companies that generate revenue or earnings. These assets also do not pay dividends. As a result, they could be considered purely speculative assets.

Both of these projects make use of staking for consensus. More specifically, Solana uses Proof-of-Stake along with POH, leveraging POS to help the network maintain stability. Polkadot uses a kind of POS called NPOS.

They also offer those who stake their tokens rewards. By locking up their SOL tokens, users can generate rewards in the form of additional tokens and help support the network while doing so. While tokens are tied up in this manner, users will be unable to access them.

Staking works similarly on Polkadot, where users can “stake” or tie up their DOT tokens for a brief time and help the network validate blocks in exchange for earning rewards.

What Are the Differences Between Solana and Polkadot?

Solana and Polkadot are both blockchain projects, but they have completely different purposes.

Solana is a network that was built specifically to offer quick transactions and low transaction costs. On the other hand, Polkadot was designed to help different blockchains exchange information with each other.

The two also differ in terms of their consensus mechanisms. Solana uses POH and POS. On the Solana network, individual validators have the ability to weigh in on which specific blocks should be added to the blockchain, therefore confirming the transactions they contain.

Polkadot, alternatively, uses NPOS, which harnesses both nominators and validators. Nominators support specific validators with their tokens. The validators, in turn, get to decide which blocks are added to the Relay Chain.

Both Solana and Polkadot have managed to stand out as blockchain projects. They have differentiated themselves for their compelling use cases. Solana has stood out for its ability to handle an impressive number of transactions. Polkadot, on the other hand, has distinguished itself with its innovative and practical value proposition.

At the time of this writing, they were both listed in the top 20 cryptocurrencies by market value on CoinMarketCap. Solana has enjoyed some very compelling gains, rising from less than US$0.90 to almost US$260, appreciating more than 25,000%. Polkadot has also rallied, climbing from under US$3 to more than US$50, gaining more than 1,000%.

Going forward, it is impossible to know how well either of these projects will do, and how much their respective tokens will rise in value. However, investors do have a wealth of data they can pour through, including technical documents, the performance of SOL and DOT and also third-party assessments of these two projects.

Both of these coins are top 10 in ranking by market cap right now. This means that they both deserve the recognition they got and should be applauded. However, this doesn’t make the road ahead of them both any less challenging. They have proven so far that they are both faster than ETH, they also proved that if the entire ETH chain were to be on their network they could sustain it for free or near-free prices and quite fast.

However, we do not see that move towards either of them right now. Yes there are some projects starting in their networks and that is a good start, but they need much more money involved in their ecosystems.

The clearest conclusion out of their comparison is that they have built something better than ETH but failed to attract as many investors so far. With an easier and faster approach, SOL seems to be the better candidate right now for sure. However only time will tell which one of them will be able to grow their ecosystem for the win.

Is Polkadot Better Than Solana

There is really no true comparison between them yet until they grow a bigger ecosystem. However, right now it could be easier to say SOL is ahead by a hair by looking at their market cap.

How Many Transactions Can Solana Do Per Second

65.000 Transactions per second is the benchmark SOL has achieved so far. With more developments on the way. 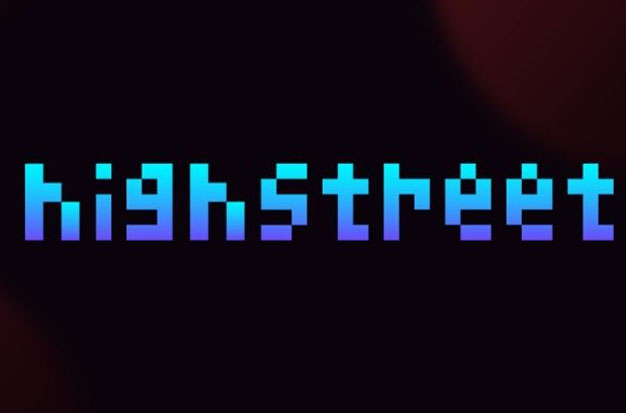 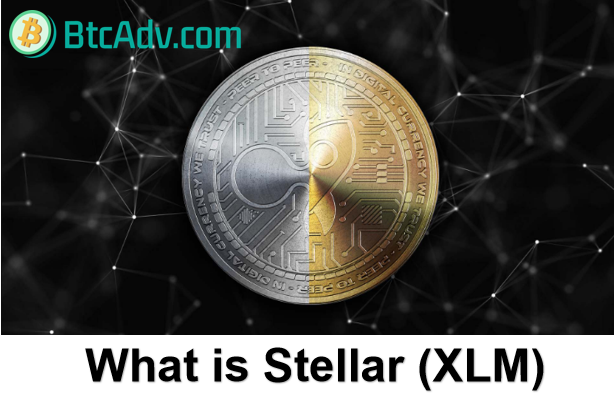