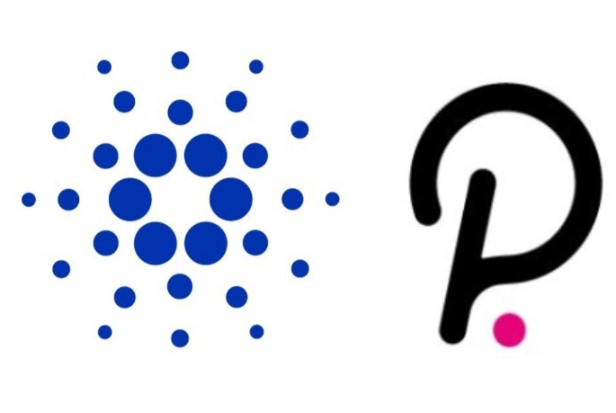 In this Polkadot vs Cardano article, we’ll examine the differences between Cardano and Polkadot based on their mission, architecture, tokenomics, governance, and ease of product development. However, before we compare the two, let’s break them down individually.

Cardano is a blockchain that uses a proof-of-stake (PoS) consensus algorithm. We won’t dig too deeply into this feature since we’ve covered it extensively in the Moralis Academy blog. For now, understand that Bitcoin uses a proof-of-work (PoW) algorithm. PoW is computationally intensive and consumes lots of energy. On the other hand, PoS consensus mechanisms use validators and are more friendly to the environment.

Cardano founder Charles Hoskinson was initially a co-founder of Ethereum. In September 2015, Hoskinson launched Cardano as an open-source, decentralized blockchain. Cardano is a third-generation blockchain and enjoyed a significant rise in capitalization through 2021.

To clarify the generations, Bitcoin is first-generation blockchain technology. More importantly, while Bitcoin is powerful, it has limited transaction capabilities. Ethereum, on the other hand, has revolutionary features that land it in the second-generation blockchain category. Its innovative smart contracts allow users to transact safely and automatically.

Cardano offers a solution to the bottlenecks common in first and second-generation blockchains. Therefore, it falls in the third-generation blockchain category. Cardano developers discovered mathematical solutions to overcome some of blockchain’s security vulnerabilities. They accomplished enhanced productivity by separating the computational layers from the accounting layers, reaching a level of scalability that neither Ethereum nor Bitcoin can rival.

So, let’s take a deeper dive into some of these third-generation technologies.

1. Cardano Settlement Layer (CSL)
CSL is the first layer of architecture where peer-to-peer transactions occur. It uses the Plutus and Marlowe scripting languages to transfer value. Cardano also uses the “Ouroboros” consensus mechanism, which is different from what previous blockchain generations used.

Because these two layers remain separate, smart contracts can execute independently without getting shackled by transaction verification requirements.

If the study of Polkadot vs Cardano feels too advanced for you, please take the Crypto for Beginners course at Moralis Academy. This class will give you a strong foundation in how blockchains work.

First, Cardano uses a form of the POS consensus mechanism making it more energy-efficient and “greener” than other blockchains such as Bitcoin that use the POW algorithm.

Third, KMZ sidechains let users bridge to Cardano and other cryptos. This protocol allows ledgers to communicate with the CSL without exposing a user’s sensitive information. Secure transfers from the CSL to a CCL or any blockchain using KMZ are possible because of the KMZ sidechain protocol.

Lastly, Cardano uses the Plutus language for smart contract development and Marlow for non-programmers. These options bring a user-friendly approach making it more accessible for businesses.

As the number of network validators grows, Cardano’s scalability also grows. Charles Hoskinson developed the “Epochs” system that divides validators into blocks and assigns slot leaders to each. Slot leaders have the authority to mine, validate, and post transactions to the appropriate blocks.

Further, Hydra is Cardano’s layer-2 solution that helps scalability. The goal is to lower fees and overcome insufficient storage issues. These features are appealing, especially for larger firms.

Ethereum and Cardano are similar in how they help their users build tools and protocols. However, Cardano has better scalability potential and advanced security measures that Ethereum will probably never attain.

Is Cardano the Next Ethereum?

Will the widespread use of Ethereum suddenly transition to Cardano because of these improved features? It’s unlikely. Since thousands of blockchain developers are already familiar with Ethereum, they’re less likely to migrate. But, Cardano has some compelling advantages that can serve to carve out a niche in the blockchain development market in the future.

Cardano likens itself to being the equivalent of Ethereum 2.0 ahead of Ethereum engineers who are still making the necessary changes on their march to version 2.0. Cardano is already there with its two-layer architecture. Now, let’s move on to Polkadot.

Polkadot is a Web3 Foundation project led by Gavin Wood, another Ethereum co-founder. At this point, you’ve probably noticed that the founders of Cardano and Polkadot are from the original Ethereum team.

Web3 Foundation exists to disrupt Web2’s big-tech monopolies with individual empowerment. Polkadot founders consider it to be a third-generation blockchain. This protocol can link numerous chains into a single global network with “DOT” functioning as the network’s token.

From the outset, Polkadot’s architecture ensures that core programming work for dapp development remains as simple as possible. So, what features make Polkadot another potential Ethereum killer? Furthermore, can it revolutionize and transform blockchain development?

Some predictions estimate that the Polkadot blockchain will be able to handle over 1,000,000 TPS one day. That would be quite an improvement from Ethereum’s present rate of approximately 30 TPS. It’s no wonder that businesses comfortable with fintech solutions will naturally feel more affinity with Polkadot because of the innovative network infrastructure.

Polkadot’s Relay Chain is its hub that ensures flawless interoperability and security for its linked blockchain products. These include multiple parachains, dapps, exchanges, and services.

Polkadot is unique because it blends a network of parachains and parathreads which are blockchains themselves. Moreover, Polkadot’s RelayChain connects and secures these chains. These parachains can also join external networks through bridges. Because of this design, Polkadot adds lots of flexibility to its mission to connect blockchains.

Notably, with its blockchain solutions, Polkadot delivers a hassle-free project launch to developers without overloading the performance of other projects. Also, projects built on Polkadot can first test on Kusama to emulate real-life conditions and nip any problems in the bud before launching.

Finally, its advanced scalability and security features put Polkadot in the running to be the most robust platform in the blockchain sector.

RelayChain is the main chain where Polkadot validators stake their tokens. In addition, RelayChain validators can validate parachains (see below). At all times, RelayChain exchanges information quickly with parachains.

A parachain is a single blockchain that resides in Polkadot’s ecosystem. Parathreads, on the other hand, provide value because of the lack of availability of parachains. Parathreads are more economically feasible because their fixed registration price is lower than obtaining a parachain slot.

In addition, a Polkadot DeFi parachain will reside on top of these parachains to accommodate applicable DeFi projects. Likewise, an NFT parachain will contain associated digital assets like games.

Another significant Polkadot component is its bridges. Parachains and parathreads can communicate with other external networks such as Bitcoin using bridges.

Since both Polkadot and Ethereum share founding members, let’s see how they differ. Both projects have an identical mission and promote dapp development. Ethereum’s primary tool is smart contracts, and Polkadot focuses on helping developers build and integrate entire blockchains into the mainnet.

Further, Polkadot’s parachain structure makes it much faster than Ethereum. However, we’ll see how that holds up as Ethereum’s layer-2 solutions evolve and the march to ETH 2.0 upgrades winds down.

Polkadot Vs Cardano – Which is Better?

Better is a challenging claim to prove because it’s a subjective term in many cases. Developer and user preferences will come into play along with tribalism amongst community members when determining which one is better.

First, both perform well as third-generation blockchain solutions. Cardano fans believe its infrastructure is better with its two-layer design, while Polkadot supporters consider its ecosystem more friendly for developers.

Polkadot has technical features that some consider superior to Cardano. For example, both use a version of the PoS consensus mechanism, but Polkadot has a network of unified, multiple blockchains under one network. This feature makes its infrastructure more flexible.

Polkadot has more projects currently functioning, but many believe Cardano is more friendly to the environment. Furthermore, they think its operations are more resilient and sustainable in the long run in terms of functionality and infrastructure. So, they feel that Cardano has the chance to become the all-in-one blockchain solution.

The ADA price has been trading along the crucial lower support since the beginning of 2022, even more so after the market crash in May. The recent rebound was also a result of a flip from these levels, which could lead the price towards a minor bull rally. At the time of writing, Cardano’s price was trading above $0.4. The change in price was seen few days after receiving an interim push as the most-awaited Vasil Hard Fork went live earlier during the week. While it is quite evident the price failed to attract the bulls as the crypto stood rejected at the pivotal resistance at $0.48. However, the rejection appears to be a short-lived action, which may very well be overturned soon.

DOT price remained heavily consolidated in the last seven days and closed the weekly trade on a bearish note. However, even if the DOT price has managed to break above the parallel consolidation it is also facing bearish interference at the moment. Following the new roadmap release, the buying pressure has accumulated well, and hence a notable upswing may make its way out very soon.

Cardano price has been on the surveillance for the past couple of weeks as the most-anticipated Vasil Hard Fork has been on the verge to go live. It was expected that the upgrade could intensify the rally which may soar high enough for the asset to hit $0.5. However, the upgrade also resulted in ‘Sell the news’ mirroring the impact, post the Ethereum Merge. While the scope of an upswing still remains pretty high as the token maintains its strength.

How High Will Polkadot Price Go by the End of 2022

The Polkadot ecosystem is working to empower the DeFi ecosystem and the smart contract phase by strengthening their parachains. It has also recently published a blog about the new roadmap the DOt developers have established. Therefore, regardless of the market conditions, the platform may be the leader in the decentralized space very soon. However, the 2022 close may not be pretty bullish, as the crypto analysts have been guessing a $15 mark for DOT. However, in the upcoming years, the price is expected to regain the lost levels and may also thrive to test the ATH soon.

Should You Buy Cardano Or Polkadot?

The functionality of any crypto assets is solely based on what requirements the asset is fully compliant with, as per the investor. For this, it is imperative that you conduct thorough research of all the tokens of interest before deriving at a conclusion. However, while we are talking about Cardano and Polkadot, here are some significant differences that separate the two blockchains;

On one hand, Cardano has a double-layer infrastructure, while on the other, Polkadot enables multiple blockchains connected to a single mainnet.

Cardano seeks to build an upgraded network essential for the development of dApps, while Polkadot strives for better functionality and interoperability between various blockchains.

The supply of Cardano’s native token, ADA, is capped at approximately 45 billion, while Polkadot’s DOT token has an unlimited supply.

Both Cardano and Polkadot show promise for blockchain integration with their inexpensive transaction costs and consensus mechanisms. Polkadot leads Cardano in its current progress, with Cardano playing “catch-up” by allowing its users to pay transaction fees in whatever token they’re transferring.

While Cardano and Polkadot are still relatively new projects, adoption rates will vary depending on how quickly each project manages unforeseen challenges. Both networks are faster than Ethereum but are still quite a ways away from any semblance of global adoption. Further, to compete with traditional payment systems such as Visa or Mastercard, they’ll need to bump up speeds up to 5,000 TPS. 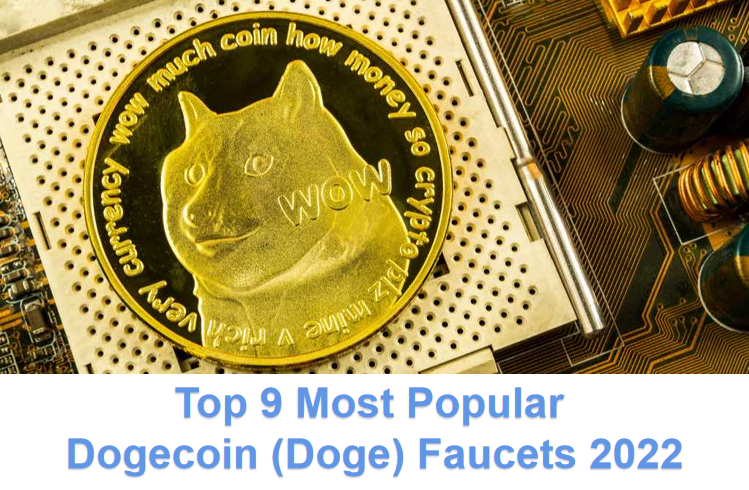