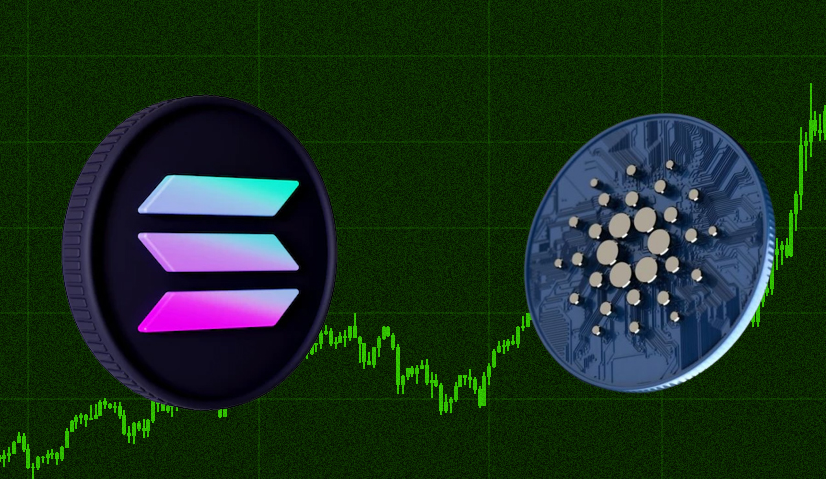 Here is a detailed comparison of Solana and Cardano’s facts. Both Cardano and Solana are blockchain networks that seek to compete with Ethereum. However, there are a few minor differences between them.

One of the best cryptocurrency projects to implement the proof-of-stake (PoS) validation mechanisms is Cardano. ADA, a native cryptocurrency token, is powered by the Cardano blockchain network. One of the top cryptocurrencies to purchase in 2022 is ADA.

In light of Cardano’s distinction from other cryptocurrency tokens and coins, it is appropriate to compare it to Solana. The Cardano network has a secure, two-layer architecture that enables processing transactions and deploying smart contracts, maximizing its potential for interoperability.

Owners of ADA tokens receive rewards for transferring their tokens to the validation network through its proprietary validation mechanism, Ouroboros Proof of Stake.

The Cardano network’s native token, ADA, has a finite supply of about 45 billion, with only about 33.5 billion of those tokens currently in use. At the time of this writing, ADA still ranks last among the top 7 cryptocurrencies by market capitalization.

The cryptocurrency industry as a whole has concerns despite the Cardano network maintaining a transparent and ambitious roadmap (which was broken down into 5 phases).

The Case for Cardano

Charles Hoskinson, an Ethereum co-founder, launched Cardano in 2017, which is another well-known Ethereum rival. Despite dropping 85% from its peak price in September 2021, it has generated a return of more than 1,700% in its less than five years of existence. And as of August 22, Cardano had a market cap of $15 billion, making it the eighth-most valuable cryptocurrency.

Cardano makes use of a PoS system, just like Solana. But Cardano differs from other significant cryptos in that it uses a phased development strategy based on academic research. The Cardano roadmap is divided into five stages, each of which focuses on implementing a crucial component of the network. For instance, the current phase, known as Basho, is focused entirely on enhancing scalability and interoperability. Cardano could eventually process a staggering 1 million TPS by adding a Layer-2 solution called Hydra that runs on top of the primary network. A better governance structure will be implemented for Cardano during the following and final phase, known as Voltaire.

Cardano is one of the most well-liked blockchains for drawing developers, along with Ethereum and Solana, and this is good news for its future because it means that bright and talented people are working on its advancement. Cardano may be a game-changing cryptocurrency in terms of real-world utility when combined with the cautious and deliberate phased approach I just mentioned.

In fact, over 1,000 different applications are being developed on Cardano right now, with the world of non-fungible tokens experiencing significant growth. Furthermore, Cardano’s capabilities enable a variety of enterprise solutions. Cardano can be used to track supply chains for agricultural businesses as well as to verify credentials in the education sector.

Cardano approaches development in general with a scientific mindset. The security of the network is routinely audited by outside parties, and Cardano developers have collaborated with numerous universities and other organizations to publish a large number of peer-reviewed papers. As an illustration, the company that created Cardano, Input Output Group, collaborated with Stanford University and Athens University of Economics and Business in 2021 to examine potential upgrades to the Cardano blockchain.

The Ouroboros protocol, which provides proof-of-stake functionality with additional security, is being implemented for the first time on a blockchain by Cardano. Cardano’s network has a settlement delay, unlike some proof-of-stake systems, which guards it against various attacks and dishonest users attempting to compromise the network. With this system, the most recently added blocks are considered “transient,” not settled. Only after a certain sum has been added are the blocks resolved.

With SOL as its native cryptocurrency token, Solana is an open-source blockchain network that enables the use of Decentralized apps and the execution of Smart Contracts. Computer programmers led by Anatoly Yakovenko established the Solana network in March 2020.

In terms of SOL’s tokenomics, the maximum supply of SOL tokens is unknown, but there were approximately 489 million of them released into circulation; of those, approximately 260 million have already entered the market.

The Solana network modified its blockchain to implement the first-ever proof of History (PoH) with the well-known PoS, although Cardano may have been the first proof of stake implementation.

Solana entered the cryptocurrency market with a goal of resolving the scalability, quick transaction, and low transaction cost issues that both Ethereum and Bitcoin were experiencing.

With the invention of PoH, Anatoly Yakovenko found a solution to these issues, enabling Solana to process over 50,000 TPS for only a small fraction of the cost of the 250 and 15 TPS recorded on the Cardano and Ethereum networks, respectively.

Validators needed less time to process a transaction when Proof of History and Proof of Stake were used together. In essence, by encoding time itself into the blockchain, it reduces the workload of the PoS. This procedure, known as time stamping, informs the network of the sequence and order of occurrence on the Solana blockchain.

Traditional institutions have praised the Solana network’s lightning-fast transactions; in January 2022, the Bank of America told clients that Solana might one day replace the VISA for digital assets.

The Case for Solana

Launched in early 2020 by two former Qualcomm engineers, As of this writing, Solana has generated an exceptional return of more than 3,700% in its more than two years of operation. And all of this came after SOL’s price fell 87% from its record high of $260 in November of last year. With a $12 billion market cap, Solana is currently the ninth-most valuable cryptocurrency.

Due to the fact that Solana employs a proof-of-stake (PoS) consensus mechanism, token holders may choose to lock up their holdings in order to confirm transactions on the blockchain. But what distinguishes Solana is a technology known as proof of history, a breakthrough that shortens processing times by doing away with the need to include time stamps on blocks. 50,000 TPS can be processed by Solana for practically nothing.

Solana could be a disruptive force in the financial services sector, especially in the payments sector, thanks to its speed and affordable fees. Solana Pay was introduced in February by Solana Labs, the organization in charge of developing the network. This service completely bypasses the traditional card system dominated by Visa and Mastercard by letting merchants connect directly with customers, allowing for transactions to settle instantly with fees that are fractions of a penny.

But there are dangers associated with Solana. The most recent outage, which was brought on by a consensus failure, was the fifth to occur on the blockchain so far this year. This is the problem with cryptocurrencies: software flaws can make the system unreliable. Separately, a number of Solana wallets were breached, yielding an $8 million loss.

Solana, however, still has a lot of potential. The blockchain is a promising cryptocurrency if developers can increase network security while maintaining its remarkable speed and low cost. And this might enable it to surpass Ethereum in value in the future.

Users who want their transactions to be processed quickly on slower blockchain networks may have to compete for block space. The system may slow down and transaction fees may increase if a network has too many users trying to process transactions simultaneously. Users may have to pay more to move ahead of the queue, which will increase the cost of each transaction. Users on the network don’t frequently face competition for block space thanks to Solana’s proof-of-history protocol and transaction speeds. This enables Solana’s transaction fees, which only amount to a fraction of a penny on average, to be so minimal.

While Cardano and Solana share many characteristics, their views on technology make them distinct. Cardano might be a better investment for your portfolio if you’re an investor who values using a peer-reviewed, scientific process before implementing new technology. Solana might be the better option if transaction speed is the most important factor.

If you are interested in knowing how Solana different from other cryptocurrencies, welcome to check the folloing guides!

Since their formal debut, Cardano and Solana have had a good time. Since their Initial Coin Offerings (ICO), both have seen comparable ROIs; Cardano has returned over 445X, while Solana is right behind Cardano with about 434X.

The aforementioned figure shows a favorable slant for Solana, which was introduced at least two years after the Cardano network was unveiled.

Although Solana and Cardano have frequently been dubbed the “Ethereum killers,” Solana actually supports this notion thanks to its quick transactions, scalability, and low transaction costs. Despite the Solana network’s most upbeat assessment, there are still some flaws.

Solana’s price forecast indicates a greener future, but since its launch, the network has gone down more than six times, leaving users stranded and with transaction backlogs. Analysts assert that in the wake of the 17-hour outage that required the assistance of engineers and more than 100 validators, the Solana team prioritized scalability over security.

Since Solana is a brand-new endeavor without a virtual machine, the Solana team immediately placed the blame for the denial-of-service attack. Another school of thought contends that outages are a regular occurrence in a young project like Solana. As a result, Sergey Zhdanov, COO of cryptocurrency exchange EXMO UK, contends that if users had been worried about hiccups, they would have given up on Ethereum by now.

When comparing Solana and Cardano, the decentralization debate is a sacred one in the crypto community.
According to Marie Tatibouet, chief marketing officer at Gate.io, Solana’s outage problems have a negative impact on trust. She also pointed out that in the previous year, Solana had more centralization problems as a result of the team’s decision to prioritize scalability over security.
The Solana network heavily relies on the Solana Foundation to create core nodes for verifying transactions on its blockchain.

On the Solana network, anyone can become a validator, but because of the network’s high transaction throughput, it is excessively expensive.
The aforementioned reality causes a certain amount of centralization, which could result in a price pump or dump or even a 51% attack on the network because power was concentrated in the hands of a small number of people—the polar opposite of cryptocurrency. 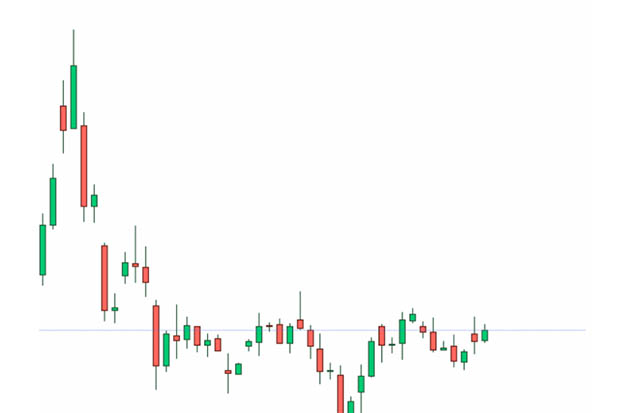